With surface science and life science as a foundation,
in addition to water-resistance, antibacterials, flame retardants, and cosmetics, we are expanding into the new fields such as carbon fiber, gene analysis, and more.
Join us as we look at how NICCA is meeting the challenge of innovation for the future.

NICCA
Technology
Starts at the Surface

NICCA Chemical’s specialty, surfactant, works at the borderline between two things, and helps change their compatibility.
Take a look at where our potential starts, at the surface. 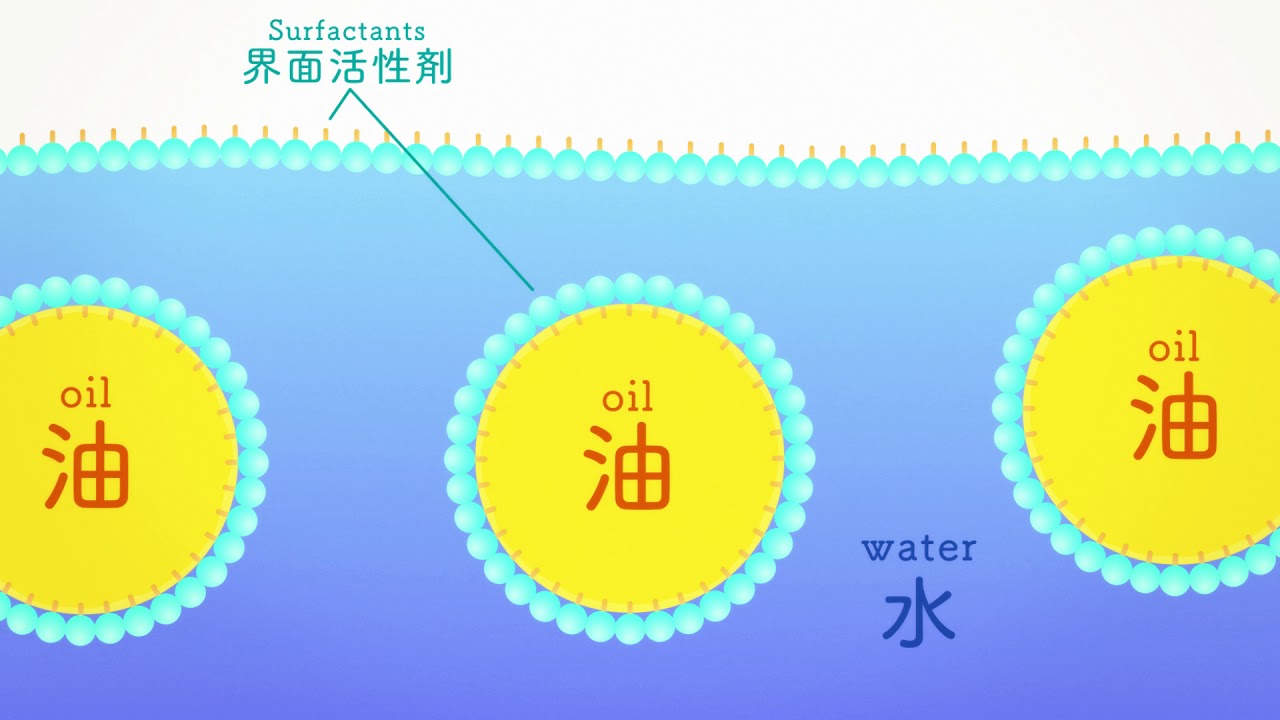 The Four Roles of Surfactant

Emulsification is to mix two liquids that usually cannot be mixed.
For example, if you add surfactant to water and oil, the two will immediately mix.

Dispersion is a similar process, but works between a liquid and a solid.Surfactant surrounds the small piece of solid, and spreads it evenly throughout the liquid.

Permeation is to soak water into something that ordinarily cannot get wet.If surfactant adheres to the surface of fabric, the fabric is easier to get wet.

Foam is generated when surfactant surrounds gases with a stable membrane.Controlling foam by creating or removing it is NICCA Chemical’s area of expertise.

The Four Roles of Surfactant